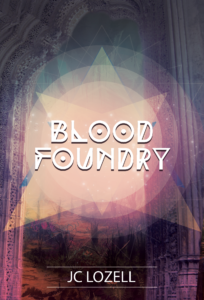 The Telluric Realm has been wracked by natural disaster since time immemorial. The Tuathdea, a people charged with the land’s upkeep are at their limits. Tasked with releasing pent up energies within the realm the Tuathdea help to maintain balance and keep the cataclysm at bay; but the rituals have started failing and when the High Chieftain of the Tuathdea falls ill the mantle falls to Bres. It’s up to him to find out what happened to his father and restore Tella’s balance once and for all.

On the other side of the world lies the peaceful Kingdom of Caimlann, a realm united against the ever present threat of The Wilds that are constantly encroaching upon their borders. When the barrier that has kept them safe for generations, fails for the first time in history, Rhun, Heir to the Caimlanni throne, is thrust into a world of dark magic, in an attempt to restore the barrier and save his people.

Two men, worlds apart, are united by the need to keep their people safe. Driven to solve the mysteries that history has forgotten.

Blood Foundry is an Epic High Fantasy about fraternity and is due out eventially… if you’re interested email me at james@imetjames.com and I’ll hook you up.